war of the words

✻
Not words but my Blog shall speak for me
December 8, 2014 by mahendrakumar 0 comments 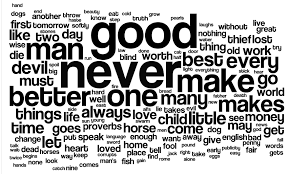 In the times of Facebook, twitter, blogs, Instagram, Google plus etc. wars are not fought in the battlefield but on cyberspace. Countries fight each others policies on social media. Twitter and Facebook are the places where world war happens everyday but I am not here to talk about that.

War of the words is a different one.

It’s the war which starts when instead of the gesture people care more about the words.

It continues when people value the words more than the person itself.

It is devastating when emotions, love and care takes the back seat while pride and personal image flies the plane.

It is even more hurting when promises are offered similar to Facebook likes. To almost everyone, almost everyday and of no real meaning.

There will be times when the war seems inevitable and words keep falling from the sky. Painful words; soul hurting words.. but to fight against them try to be one of the few warriors of words left in this godforsaken planet who doesn’t even mumble a word but explains everything. Their story is not filled with fancy words but deeds. They pay more attention to the eyes than the words. For them hearing the word “thank you” is not important but helping out is. They don’t speak much when they do every single word is a promise in itself.

And when I put in the above words in this very blog of mine I recall the people who are the warriors of the words in my life. Some fought as parents, some as teachers and some as friends and family. Your words in the form of poems, letters, stories, message, cries, laughter, smile  or simply an expression is all the treasure I have in this world.