Days of the dragon

✻
Not words but my Blog shall speak for me
December 1, 2012 by mahendrakumar 0 comments

Dragon has been associated with a lot of negativity mostly because of the People Republic of China’s role in conflicts across Asia and around but there is an another side of it too. One of my Chinese ( Republic of China: Taiwan) friend and teacher Weng told me that in Chinese tradition a Dragon is a mighty creature and of course powerful but not in negative sense but in positive.

Now forget the dragons for a moment. ..lets talk about real world.  The last few months have been amazing. I have been working a lot… a lot. Well, if some one pays you to mess up with computers then it can’t be work.. it’s fun. Playing cricket is tougher..

Made some amazing new friends.

The coolest programmers I ever met, Benny ( centre) and the person who loves “Sev” and Olive oil more than the Queen of England, Peter ( right) By the way he is an excellent Yoga teacher with a great sense of humour ( very rare in Yoga teachers). 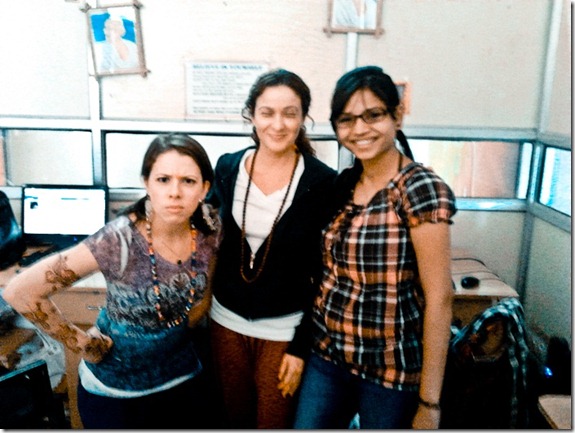 Now this is how I take pictures… no warnings, no cheese.nothing, And that’s why most of them are REAL. Meet my new friends. Kat ( Right) , one of the most cheerful Canadians I ever met. And by the way BEWARE she might see some empty space on your hands for some Henna Experiments.  Monica,( Centre) The first Colombian I ever met and you just need to ask for a smile and “the Sun rises”.  Preeti ( right) Damn, I forgot Dosa again…… Creativity speaks for herself.

And last but not the least, the newest member in my nerdy, Geeky family my Google nexus tab. Love you, Mom.

I believe in a simple concept, There is only one country called Earth and there is only one religion called Humanity. This simple thought makes it very easy for me to be friends with anyone. I don’t care about religion, country and gender. I just make friends…. I have friends all over the place, technically in all time zones but not for the sake of facebook ,but for the kind of person they are. for me friendship is holy and sacred.

I worked hard, studied a lot and  made a lot of friends, What else do you need to stay alive?? I guess, “DAYS OF THE DRAGON” just began. By the way, according to Chinese signs “I AM THE DRAGON”.